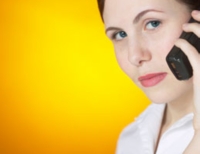 Involvement doesn't mean physical intervention or snooping on your neighbor. It simply means not ignoring the obvious. Fear of involvement has resulted in family tragedies in which neighbors reported they knew what was going on, but declined to get involved.

If a member of the community, who is not required by law to report, does not want to identify him/herself, the report may be made anonymously.